Arrow had a wonderful return this week with an episode which is, at its core, an introduction to our new Green Arrow- Emiko Queen.

We discover that Emiko is a secret love child of Robert Queen, and therefore- Oliver’s sister. This is also the episode that Oliver Queen finds out about his sister through a shard of glass with her blood on it, which Felicity analyses and discovers that the blood is Oliver’s sister on his fathers side, which leads them down a rabbit hole where we discover that Robert left a note to Walter explaining he loved another woman and had a daughter with her, and he instructed Walter to look after them. This letter was buried by Moira so Emiko and her mother were never cared for after Roberts death. Oliver is distraught that his father would do something as unforgivable as abandoning his child- his little girl, and her mother. After all he has done to redeem his family’s name, he doesn’t feel this is redeemable. We discover that Emiko’s mission is one of revenge after he mother was murdered a year ago. Which I’m hoping Oliver will help her achieve in the right way once and if he regains his new sisters trust.

Emiko goes to Rene injured and teams up with him to take down her mothers murderer. Rene convinces Emiko that he wants to help her because he missed being part of a team that does good in the city. Together with Curtis they discover that the guy she has been after all this time isn’t her mother’s killer. Emiko might not be looking for a team, but it seems that she has one regardless. Rene becomes her “partner” even if it means breaking the law.

Maybe Rene and Emiko will become a thing? Though the future suggests otherwise. Rene seems like a douche in the flash forwards.

I Hope Emiko gets her own Superhero name though, because she seems like a great addition to the show and I think she deserves her own identity.

One question that’s really bugging me about Emiko is her skills, if her mother was only murdered a year ago, where on earth did she get her combat skills from. There is no way she could get that advanced in such a short time.

We also see Diaz- the gift that keeps on giving, at Argus in this episode, who refuses to help the Diggle’s with their investigations, so Diggle decides to offer a deal and bring back “Task force X” AKA “The suicide squad” to help find Dante. Lyla doesn’t support this decision but presents a united front in front of her boss. Personally, I think to let Diaz go would be crazy, and Diggle not keeping Oliver informed is one of the worst betrayals possible after all Diaz did to him and his family. Diaz gets a bomb in his neck and threatens Lyla as he gets injected!

Hop in a Time machine and we see that Rene is the Mayor of the Glades and has access to a security system that Zoe and Dinah want to try to help Star City and save it from the bombs Felicity “allegedly” planted in the city. Rene isn’t very forthcoming with his tech, and Dinah has to stop in to remind him that they made a pact to always help each other, and tells him Felicity is dead. Rene still refuses to help so Dinah takes the security system by force. One thing I noticed is that the mark of four is apparently etched on the wrists of Oliver, Felicity, Rene, Dinah, Diggle and Roy, so I can’t help but wonder where Curtis is in the future… not as much as I wonder where Oliver is though.

Rene investigates what Dinah tells him and finds that one of his political friends murdered Felicity and is in on the plans to level Star City.

At the close of the episode we see Oliver wallowing in disappointment that his father ruined Emiko’s life. Felicity reminds him that he is not his father, and he can help Emiko, he can reach out to his sister. We then see Emiko at Roberts fake grave by the queen mansion, with her voiceover saying “People say that revenge corrupts the soul, that if you go down that path, you’ll never come back, but sometimes, embracing the darkness is the only way to get justice. My name is Emiko Queen, I will get justice for my mother, and no one will stand in my way” then we see Oliver coming up behind her and saying “Hello Emiko”- it’s going to be fun seeing Oliver deal with a relative who is pretty much him seven years ago.

It was an excellent comeback episode, a welcome introduction to the sister Oliver never knew he had, and the ending has me so excited for next weeks episode to find out what Emiko makes of Oliver and what Oliver will do to help his sister. I am SO glad Arrow is back! 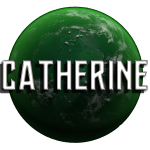