A nice change of direction this week for Watchmen, with the main emphasis of the episode being based around the enigmatic Wade Tillman, aka Looking Glass, the mysterious police detective with a penchant for a reflective mask or two. In what was probably my favourite episode of the series to date, his backstory was fully explored to great effect, providing some wonderful moments of drama. For fans of the original source material, a real treat was provided in the form of a call back to Veidt’s squid attack in New York City 1985, with the young Tillman caught in the chaos. As a young Jehovah’s Witness, spreading the word in New Jersey, Tillman is the victim of a cruel hoax. Trapped in a hall of mirrors when the squid attack takes place, he is deeply traumatised by the carnage that ensues. The post attack devastation is laid bare for all to see, but the proverbial money shot is the camera pull out across the whole city, with the huge leviathan there, spread out like creeping death. A wonderful effects shot that wouldn’t be out of place in any Hollywood blockbuster for sure.

Wade’s journey into extreme paranoia, coupled with his PTSD, is realised by his omnipresent baseball cap being lined with the same reflective material as his mask, blocking out any psychic attacks. Tim Blake Nelson’s performance is extremely effective, full of pathos. Despite his batsh#t crazy exterior, the character has suffered in life and this episode really helps to get the audience on his side. As his eyes are opened to the truth behind the attacks, his entire world is beginning to fall apart. The cover up goes all the way up to the top, including President Robert Redford. With the end of the episode providing an ambiguous fate for Wade, I truly hope that we get to see more of him as the season continues.

Everybody’s favourite anti-hero/villain Adrian Veidt had an interesting journey to say the very least. Finally escaping his prison estate by way of his catapult, his end destination was Europa, one of the moons of Jupiter. Yes, you read that right! How on Earth he has ended up there remains to be seen, but the smart money would be on Dr Manhattan relocating him. His ingenious use of the many corpses on the moon’s surface to create a sign was dark humour at its very best, with Irons once more going very big with his acting choices. His interpretation of the aged Ozymandias is an interesting one, played larger than life. Whilst not everybody’s cup of tea, I have thoroughly enjoyed his screen time and look forward to it each week. What next week has in store for him should be interesting, with his moonwalking cut short and him finding himself back to square to one.

We are now past the half way point of this season and more is started to be revealed. I am a fan of Damon Lindelof’s narrative choices, as he moves the story along at a slow pace, with often cryptic clues and events that need to be thought over and interpreted by the viewer, rather than being plain. As the promised return of Dr Manhattan draws ever closer, the storytelling is getting tighter and the tension is ramping up. With multiple combustible elements ready to explode, I can’t see much of a happy ending for the world here. The sense of impending doom is palpable. Until next week…tick tock…. 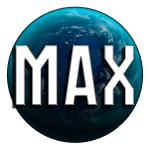