So after a tough week what better way to start the second episode of the Legends by going on a hellcation with Constantine. Constantine sees Astra and discovers that her lust for power has taken her humanity away and the only way that Astra will be stopped is by killing her. Constantine briefs the team on their latest hellish enemy and it appears that until a solution can be found for Astra the ‘encores’ will have to be kept on the Waverider.

Cue a time quake in Los Angeles 1947. The team splits up with Nate and Behrad heading to 2044 to celebrate Behrad’s fathers birthday while the rest of the team head to Los Angeles which was characterised by Holywood glamour, crime, corruption and sin. Constantine, Sara and Ray track the magical residue of the dead guy to a PI’s office. All that remained of Webb (of the Webb and Moore PI Agency) was ash as he had been consumed by hell fire. Constantine under the guise of investigating tastes the residue just as Webb’s client tries to do a runner. The client in question is Jeannie – girl friend of a notorious mobster (Bugsy) who died last week but has been resurrected this week with a new philosophy that infomation is power. Webb was helping Jeannie find an escape from her life. Constantine with his best american accent poses as Moore and agrees to help. Straight away the team realise that Bugsy has a weapon from hell that will be difficult to defeat.

Meanwhile in 2044 Nate has finally come face to face with Zari 2.0 and the Z-Nation. The new and altered Zari is consumed by fame. Zari is already testing Nate who is still trying to undestand how their actions altered the time line.

In LA the team have arrived at Bugsy’s club – the Blue Iguana. Ava and Mick are propping up the bar awaiting instruction. Ava is at a bit of a loose end and doesn’t feel needed and misses the responsibilities of the time bureau. The team’s plan to get Bugsy are foiled by the corrupt cops and a need for a distraction to lure Bugsy back to the club is needed. A wasted Ava gives the singing performance of her life. Plan B is to get Bugsy’s gun and Constantine makes a deal with Jeannie. Jeannie who has been used as the object of blackmail by Bugsy has no problem in turning her glamour on Constantine and before we know it Constantine is driving Jeannie and Bugsy to the club. The team overpower Bugsy and take him to the Waverider. Constantine and Jeannie go to Burbank to a graveside but before Constantine can act Jeannie takes the blackmail evidence to use for her own ends. The fate meant for Bugsy catches up with Jeannie and the car explodes. Constantine taste’s Bugsy’s blood and takes Bugsy and the gun back to hell but Constantine in that moment cannot kill Astra and instead reaffirms his intention of never giving up on her.

Nate and Behrad are confronted by Zari 2.0 who has discovered their deception and is about to call her parents when Behrad opens a portal and takes Zari directly to the Waverider. Zari 2.0 is in full melt down mode and its hard to see how Zari and Nate will ever be reunited.

So the 1940s glamour of LA was a fun backdrop for the second episode and any one who has seen The Halcyon would know that Matt Ryan can pull off a killer US accent. Great set and costumes as always. Secondly it appears that Constantine wants to audition for a Legends version of I’m a celebrity get me out of here by eating/ tasting the unthinkable. Those trials would never be the same. In terms of Zari 2.0 the jury is still out. I guess its true that the path, choices and events we experience dictate who we become. Zari never experienced the loss that led her to Nate and the Waverider. The change in the timeline meant that Zari avoided the pain but also meant that she had a different loss by not meeting Nate and the rest of the team. Astra’s soul has descended into darkness and Constantine still wants to save her – but it’s too late surely? How will Nate deal with Zari 2.0 and will Ava find a new purpose? We shall see which hellish soul will be next to meet and challenge the wits of the team. 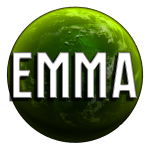 📚WEEKEND WARRIORS📚
On this week’s DCTV round-up, we have Jim, Rob, Alan & Justin talking Batwoman, Black Lightning and the premier of Superman & Lois❗️ On our site now.
Okay, Blackfire for Titans S3... this could be a very convincing look on screen❗️
Rob’s (@iamrobster) been wanting to check out some new books, but doesn’t want to get bogged down in continuity or multipe volumes. Enter Michael (@4colourcomics) and his first uncommitted Curated list; all self-contained stories not too terribly bogged down in continuity. On our site now❗️
Hot off the presses❗️ April (@apriljlines_) is back for a new Smallville review, S2E11’s “Visage”❗️ On our site now.
TONIGHT‼️