Inspired by Diesel Punk and the glamour of the 40’s comes this amazing Funko DC Bombshell Limited Edition Collector’s Box. Based on the comic series of the name contains (Click on Images for larger pics!) 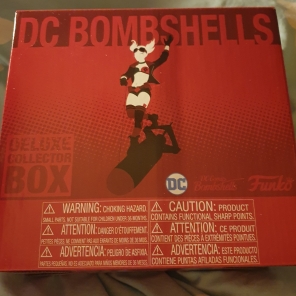 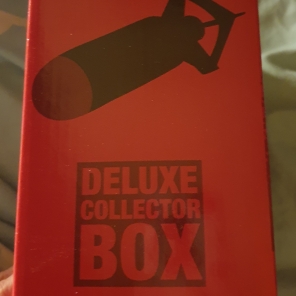 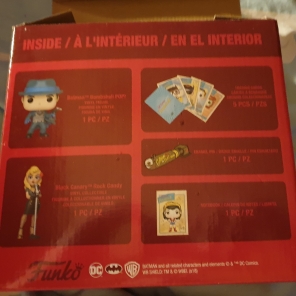 As a collector of Funko pops I really only bought this box for the Batman pop to go with the rest of my Bombshells pop collection, everything else is just a bonus.  The Batman pop has a 40s style detective look which I absolutely love, it’s so different from any of the other Batman pops that you can buy. 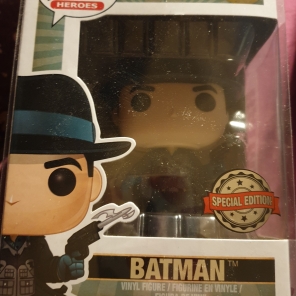 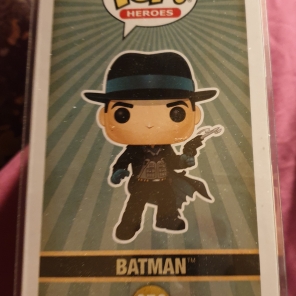 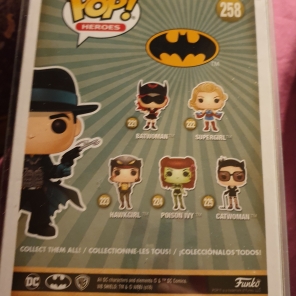 I only have one other Rock candy figure a Supergirl from a Legion of collectors box and the Black Canary Rock Candy in this box is actually much smaller,  I don’t know if funko have changed the size of these figures or if its just the ones in these boxes. It is a nice figure and well detailed and I like the little details such as the tattoo on her arm,  which you have to look quite hard to see if you don’t remove the figure from the box. For some reason this figure reminds me of the Bratz dolls and I think it would be better as a Funko pop vinyl , but that’s just my opinion others may feel a lot differently about it. 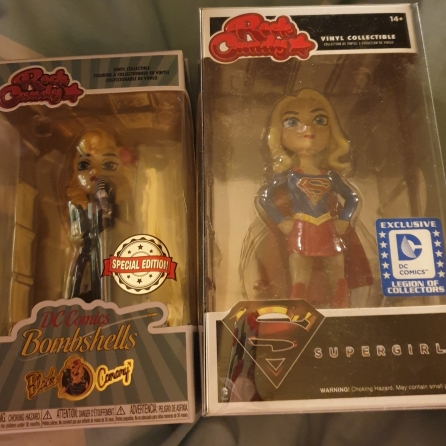 The note book has Wonder Woman on the cover and the pages of the book are lined. Its quite small so would be the perfect size for a handbag . It a nice note book but it does feel very cheap , every time you turn a page it feels like it’s going to fall apart.

The five trading cards have pictures of Wonder Woman, Poison Ivy, Harley Quinn, Batgirl and Batwoman on the front DC comics Bombshells printed on the back. The front of the cards have a plastic feel to them. I like the pictures on the cards and I think they would look nice framed but to be perfectly honest I don’t really see the point in them. As far as I can tell every box has the same cards. 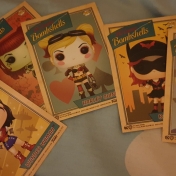 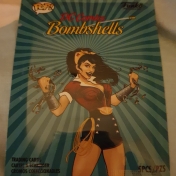 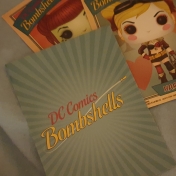 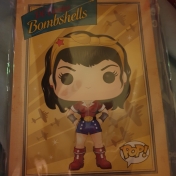 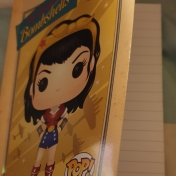 The last thing in the box is an enamel pin badge. The badge is shaped like a missile and has the words “ Gotham or Bust “ written on it. It also has bats with one bat crossed out. The badge is a nice size and has a great vintage look to it and I think it would look really nice on a jacket. I also like the fact that the stopper on the back is rubber instead of metal as I’ve found that they stay on better so there is less chance of losing it.

Overall I think this is a great box for collectors / DC comics fans. My favourite part of the box is the Batman pop and the enamel pin and I do think that the rock candy is a nice collectors piece . The only things I was disappointed with was the trading cards, ( as I said I don’t really see the point in them) and I think that the note book could have been better. I also wish that there was another funko pop rather than a rock candy figure but that’s just my personal opinion.