Central City is in the middle of a heatwave but there is someone who can cool things down, the only problem is his name is Captain Cold.

It’s a hot summer’s night in Central City and four of the city’s top crime bosses can’t take the heat. That’s probably because the air con is not working in the St Diogenes Social Club. Inside the club the bosses are worried about Jimmy Swain a crime boss who is muscling in on their turf. They are interrupted by a person claiming to be the air con repairman. They ask him to make it cool in the club he reassures them by saying cool is his speciality.

Barry is awoken by his phone, its Julio asking Barry to meet him as there’s been an incident at the social club. Once Barry arrives Julio shows him all four crime bosses frozen to death. Neither Julio or Barry know how this type of freezing could happen but as Lt Garfield reminds them, it’s their job to find out. Outside a journalist named Terri Kronenberg is trying to get the scoop on what happened in the club but officer Bellows isn’t letting her in. As soon as Bellows leaves her she crosses the police tape. Barry is getting some equipment out of the crime labs van and as he gets out he manages to step on Terri’s hand that just happens to be under the van. Terri tells him off so Barry decides to call over Bellows who gladly removes Terri from the crime scene as she leaves Terri stamps on Barry’s foot.

Jimmy Swain is extremely happy as his rival crime bosses are out of the picture. He gets some money out of his safe and gives it to the air con repairman who happens to be Leonard Wynters aka Captain Cold, a professional hitman with an icy demeanour. Swain has another job for Cold but he isn’t interested until Swain tells him that it will be a challenge, he wants Cold to put The Flash on ice. Cold gladly accepts the job.

At the police station Lt Garfield informs Julio and Barry that Terri has been assigned to the station by the Daily Clarion to write reports on how the police do their job. Barry isn’t thrilled with this and leaves to see Tina at S.T.A.R Labs. Barry asks Tina to look at a tissue sample from the crime scene and run it through the labs analysis equipment.

Back at the crime lab Terri apologises to Barry. She tells Barry that she has a theory about The Flash; she thinks he works at the police department. Terri thinks it could be anyone at the department apart from Barry as he doesn’t look physically strong enough to pull off being a superhero. Tina arrives with the results from the tissue analysis. Tina picked up some radiation on the tissue sample, she believes whatever froze those men was powered by a nuclear energy, Terri hears all this information. Barry hears a commotion outside, he meets Bellows who tells him that three bombs have been left around the city and they are due to explode in five minutes. If only they knew someone who was fast enough to stop all three bombs in time.

The Flash defuses all three bombs in time but all that rushing about has taken a toll on his body and he is feeling weak. Inside the shop where he found the third bomb an exhausted Flash is confronted by Captain Cold. Cold has some type of hi-tech gun and he tries to shoots The Flash but he is still too quick for the freeze gun. Unfortunately The Flash runs out of steam and his feet are frozen by the gun. Cold is about to finish the job but the sound of police sirens hasten his departure and he leaves The Flash in pain.

The next morning Barry is slowly recovering at S.T.A.R Labs and Tina has a lead on where the freeze gun comes from. The gun came from a company researching biological cryogenic and they had developed a portable freezing unit with a small nuclear battery to power it, but it was stolen six months ago. Tina warns Barry against taken Cold on as the gun could kill him. Barry won’t back down so Tina gives him a mini transmitter that will let her keep track of him just in case things get chilli again.

Barry’s contact Fosnight lets him know that Cold is working for Swain. Barry notices a story about a nuclear powered freeze weapon in The Inquisitor (a garbage newspaper) that only one reporter could have had knowledge of and that reporter was Terri. Barry confronts Terri and tells her that the Daily Clarion has never heard of her and she has lied to the police so she could get a story about the crime boss killings and The Flash. He gets Terri to tell Lt. Garfield the truth and just like that she is no longer welcome at the police station.

Swain is furious with Cold as he didn’t kill The Flash so he sacks him. Cold takes it well and before he leaves he gives Swain a snow globe as a gift. A few seconds after Cold has departed the globe explodes, freezing Swain to death. Cold re-enters Swain’s office and takes all the money from the safe. Julio tells Barry about Swain and about another frozen body at a warehouse, Julio goes to Swain’s office and Barry heads off to the warehouse.

As The Flash speeds through the city Cold sees him and tracks him with a device in his car. The Flash finds that the frozen body is just Terri made up to look like she was frozen. She handcuffs herself to him and demands an interview. As they argue Cold shows up. The Flash tries to escape with Terri but Cold freezes the floor; The Flash falls and knocks himself out. Terri unlocks the handcuffs and runs off leaving The Flash to face an icy demise. Cold freezes him stone cold solid. At S.T.A.R Labs Tina sees that The Flash’s life signs have slowed dramatically and she rushes off to find him.

When Tina makes it to the warehouse it is swarming with cops. They put The Flash’s body in the back of an ambulance which Tina promptly drives away in (seriously what would Barry do without her). In the meantime Cold tracks down Terri’s address as he does not want any witnesses. Tina thaws out Barry’s body and shocks him with a defibrillator until he regains consciousness. Barry is the only human on earth that could of survived being frozen that long. As soon as he gets his head together Barry remembers that Terri is in danger and he correctly deduces that Cold will track Terri to her apartment. Cold knocks on Terri’s door claiming to be a courier for a newspaper, Terri opens the door, and she screams at Cold and slams the door shut. Cold freezes the door and bursts in. Terri has hid but the only person Cold finds is The Flash who for once has the advantage of surprise on his side and he quickly knocks Cold out. The Flash gives Terri a dressing down for putting her and The Flash’s lives in danger and only caring about her career.

Garfield asks officer Murphy to put Cold in a cell. Murphy asks Cold for his glasses as he isn’t allowed to have anything in the cell with him. Cold takes them off revealing two pure white pupils; Murphy has second thoughts and let’s Cold keep them. When he is alone Cold removes two small balls from his shoe. He then removes a piece of his glasses and puts it in the lock of his cell door. The lock freezes and Cold kicks the door open. He throws the balls to the floor and they turn the inside of the station into a blizzard. In all the chaos Cold calmly walks out of the station.

Tina fits The Flash suit with a device that will warm The Flash up if he gets shot with the Freeze gun again but it only works once. Later at Barry’s apartment Julio tells him that Cold has frozen a bus with passengers inside and if The Flash does not meet him he will let them all freeze to death. Barry tells Julio that he will meet him there.

The Flash confronts Cold and gives him the run around but Cold catches him with a shot from his gun and The Flash flies into a shop. The Flash uses Tina’s heat device and thaws out. Cold is about to shoot him again but The Flash picks up a mirror from the shop and the freeze blast from the gun reflects off the mirrors surface and returns to Cold freezing him instantly. The Flash runs round the bus and heats it back up so the passengers can get out.  Garfield asks an officer to call the coroner so they take Cold’s body away.

Terri meets Barry at the crime lab for lunch; she tells him that thanks to The Flash and Barry she quit The Inquisitor and now works for the happy times greeting card company. Terri says she has figured out who The Flash really is and she thinks its Julio. As he walks in Barry asks him where has he been, Julio replies “Oh, you know. Just running around”.

This was a great episode with an interesting take on Captain Cold. The Arrowverse version of Cold was obviously still a criminal at heart but he had a code which made him more honourable. This version was basically a homicidal maniac who was obsessed with getting his target no matter the cost. 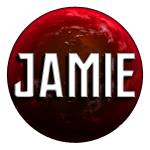