70s cop shows, slamming car doors, a sabre-toothed wolf-bear with antlers, reconciliation and betrayal, this episode has it all. The gloves are off, the truth is out there, and even dreams contain portents of the future. “Finger Patrol” lights more than a few fuses, and fireworks are sure to follow.

WBTV’s episode synopsis reads as follows:
Dorothy finally finds a friend in Baby Doll – until playtime goes awry. Cliff discovers that Niles plans to give him human-like upgrades, while Vic devises a plan to win Roni back. After Rita has a lousy audition, Larry brings her along to meet his family and learns more about the life he left behind.

While this epsiode is slower than what we my be used to with Doom Patrol, we get a lot of story, tons of character, and a slow burn towards a powerful climax. Diane Guerrero is at her absolute best as Jane and Baby-Doll, whose innocence is heartbreaking, but whose wrath is terrifying. Her blossoming friendship with Dorothy is a joy to experience, but, while watching them you’re always on edge, waiting for the other shoe to drop.

Rita’s emotions are still frayed after the sexcapades of last week’s show, so having a break from the manor, and taking a road-trip with Larry seems like the perfect tonic… at first.

This is Doom Patrol, after all… not Happy Families.

Can’t Quite Put My Finger On It

The themes of family, trust and betrayal continue to be the underlying themes for season two. The Chief tries his hardest to reconcile with the team, and with Jane and Cliff in particular; counselling sessions, potential upgrades to Cliff’s metallic body, and the resurgence of baby-Doll, seem to be the first steps on the road to earning forgiveness.

Writing spoiler free episode reviews for this series is really difficult, but when you get Robotman and Cyborg on a stakeout, and then get a Starsky and Hutch, 70s cop-show trailer, that marries everything from Shaft to Dallas, you can’t help but get excited.

I want to watch Steele and Stone, from Morilar productions so bad. I don’t want to point the finger, but DC Universe has planted a seed that I just want to grow, and grow, and not see cut short. That idea’s just slammin’!

Doom Patrol builds tension and atmosphere like no other show. Fans who know nothing about these characters outside of TV can just be swept along on the crazy wave, but long term ultra nerds (like me) may find their nerves fraying in anticipation. Knowing Roni Evers comics history, I watch every scene featuring her and Vic, brilliantly portrayed by Karen Obilom and Joivan Wade, on the edge of my seat.

Vic’s dreams are portents for just what’s coming, and Roni’s ongoing revelations about her past before meeting him, are setting off alarm bells. I think that seeing Phil Morris back as Silas Stone, Vic’s dad, may not spell a brighter future for Cliff, but I’m sure that he’ll have a much bigger part to play with Vic’s love interest.

Multiple personalities, imaginary friends, and combustible temperaments all come to a head this week. Seeing children at play, and the sounds of their laughter are truly beautiful things, but when they disagree and tempers fray – which you know they will, eventually – … that’s a whole other story.

Then add super powers to the mix.

Once again, I don’t want to give anything away, but “Finger Patrol” delivers the first casualties of war; and the Underground, Doom Manor, Kay Challis and Dorothy Caulder may never be the same again. 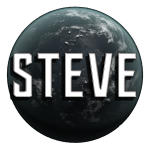