So I’m a huge Lego fan, I have probably too many sets mostly Star Wars however I do collect some of the sets inspired by movies too, I have the Ghostbusters Fire House, the Jurassic Park T-rex/gate and of course the 1989 Batmobile from Tim Burtons Batman. So when I heard Lego were releasing the Batwing from the same movie I knew I had to pick it up and I’m super glad I did!

This set is amazing, the recreation of this iconic design is practically flawless, to make all the curves in this plane with Lego is incredible and the build techniques are ingenious. The build took me probably around 6 hours and it was so much fun the base is super solid and it’s a build where most of the early stages are straight onto the base which is essentially the Bat logo and then later you build the elements separately and add them to it, it takes shape pretty quickly but the details are where this build come alive, so many small intricate parts that add to the overall aesthetic.

The mini figure selection is pretty good, the first set the Batmobile we got a new Keaton based Batman, Nicholson Joker and Kim Basinger’s Vicky Vale. In this set we get the same Batman, Tuxedo Joker and Joker Goon Lawrence, I like the Joker variation, I’m not sure what else the could’ve done with Batman but the goon I think is slightly disappointing, I think Commissioner Gordon or Alfred would’ve been a better choice or if you really want a goon in there it should’ve been Bob!

This set is huge so bear that in mind if you are thinking of picking it up however they have made this set wall mountable which is definitely the best place for it in my opinion. Overall this set is awesome, it looks great and is the perfect accompaniment to the 1989 Batmobile, if you can pick it up you should!!

Check out the gallery below (click the picks to enlarge!) 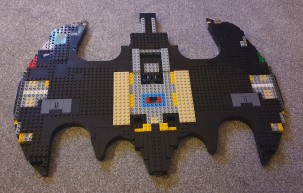 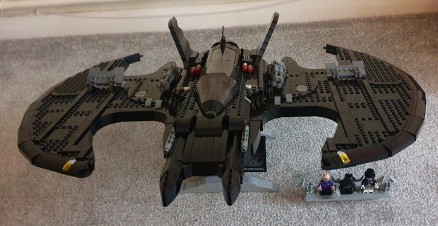 We have a very special guest on this weeks pod, Jeremy Adams, writer of a ton of amazing DC work including Teen Titans Go Vs Teen Titans, Justice League Action, Young Justice and ton of DC Lego movies including the recently released Shazam: Magic & Monsters and then to top it off he also writes on Supernatural and showed us his dark side with Mortal Kombat Legends: Scorpion’s Revenge plus tons more, so join us as we chat all things DC and more with this incredibly talented and all round awesome guy! Also be sure to follow him on Twitter here @spacekicker

🔊NEW PODCAST🔊
Superman: The Animated Series debuted 25 years ago today❗️
#DCFandome was definitely a highlight last year so we are really looking forward to this years event!
🔊NEW PODCAST🔊
Thank you @warnerbrosuk for the awesome package and we are all set for the #batmanlonghallowatchalong tonight with @scifinowagram
Hey everyone!! It’s @jediknightjim’s birthday today and he’s awesome!